This is also available in: العربية (Arabic) متوفر ايضا باللغة 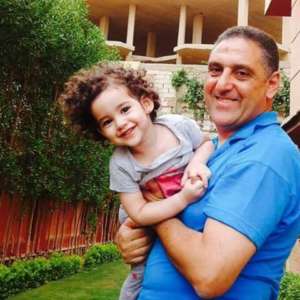 women’s rights charter that continues to be used by the Egyptian state. He was arrested on 21 October 2015 and remains until now in pre trial detention. Mr. Gaafar suffers from medical negligence and has been detained in solitary confinement for 11 months in total since his arrest.

Due to his arrest, Mr. Gaafar didn’t get to begin examination and treatment for his enlarged prostate. On 10 March 2016, he was finally examined in Qasr El Eyni hospital and was subsequently hospitalized in the detainees’ ward.  After checking him, the doctor recommended that he must be returned in a week time to get a medical endoscopy examination; However, despite having been in Qasr El Eyni’s detainees’ ward from 10 March 2016 to 20 August 2016, he was never returned to the Qasr El Eyni hospital to get his examination. He has not been examined again since. On 16 August 2016, a doctor in Qasr El Eyni wrote a report in which he stated that Mr. Gaafar was in a well enough condition to be returned to Scorpion prison and that he had his examination, though it never happened. Thus, he was returned to prison a few days later while he was still in severe pain. This led the prison’s doctor to attempt a catheterization on him to drain the urine, but he made a mistake and provoked a severe bleeding, that is why he had to be moved to Lyman Tora hospital. He stayed in Lyman Tora hospital from 1 September 2016 to 13 March 2017 without being adequately examined or treated. Due to this, not only has Mr. Gaafar’s enlarged prostate not yet been treated, but till now, it is unknown whether this enlargement is benign or cancerous.

For two months following his arrest, his medications, bought by the family, were not consistently allowed in throughout his detention period so he took them sporadically. When he was in severe pain, his dosage of the medication was increased to ease the pain. According to a doctor the family consulted, this inconsistent taking of medication and increased dosage coupled with the lack of adequate treatment may soon lead to kidney failure.

Long before his arrest, Mr. Gaafar had suffered from a severely weakened eyesight and damage in the eye’s nerves. He had to go to a doctor to check and treat his eyes every 4 months and had to take preventative medicine to keep the rest of his eyesight. However, since his arrest, he has not been checked and was not regularly allowed his medicine. Without proper and consistent treatment, his eyesight will be completely lost.

His detention conditions also worsened his eye condition. He needs to be kept in a well light room; however, he is kept in a dark cell so whenever he is brought out of it into the light, his eyes are damaged.

Mr. Gaafar has been imprisoned in Scorpion prison for around 11 months. Whenever he is there, he is placed in solitary confinement, and where he is currently detained. In Scorpion prison, the detainees suffer from many excessive, unnecessary, and harming restrictions. Mr. Gaafar and other detainees are at times not given food, not allowed out of their cell to pee, stripped of their belongings, and not allowed any visits. Visits to detainees in Scorpion prison has been closed since April 2017and just opened on 8 July 2017. Mr. Gaafar himself suffered in his solitary cell from unclean water that mixed at times with sewages. His solitary cell also filled at times with sewage, one time it remained filled with sewage for a month causing it to fill with insects.

Hesham Gaafar was charged with belonging to a banned group, accepting foreign funding to conduct research, publishing reports that harmed the national security of the country relating to women’s rights, family, and children without acquiring security clearance. Despite being prosecuted for conducting his research and requiring him to get security clearance when there are no legal obligations to do so and state affiliated organization were already partnered with him in his research, the women’s rights charter that he worked on with Al-Azhar Institute continues to be used by state authorities and Al-Azhar.

Read here on Hesham Gaafar, his works, and his opinions throughout the years.

The Egyptian constitution guarantees the right to health to every citizen in article 18. In article 56, the constitution affirms that a prison is a place of correction and rehabilitation and that actions inconsistent with human dignity or which endanger human health shall be prohibited. In general comment no.14 on article 12 of the International Covenant on Economic, Social and Cultural Rights, which Egypt ratified, “States are under the obligation to respect the right to health by refraining from denying or limiting equal access for all persons, including prisoners or detainees.”

The continued placement of Hesham Gaafar in solitary confinement in unsanitary and degrading conditions violate his rights. The International Covenant on Civil and Political Rights, which Egypt ratified, states in Article 7 that “No one shall be subjected to torture or to cruel, inhuman or degrading treatment or punishment…”. The United Nations General Assembly in the Body of Principles for the Protection of All Persons under Any Form of Detention or Imprisonment stated that the terms cruel, inhuman or degrading treatment or punishment, “should be interpreted so as to extend the widest possible protection against abuses, whether physical or mental, including the holding of a detained or imprisoned person in conditions which deprive him, temporarily or permanently, of the use of any of his natural senses, such as sight or hearing, or of his awareness of place and the passing of time”

The Committee for Justice calls upon the relevant Egyptian authorities to afford Hesham Gaafar the proper examination and treatment he needs as per his constitutional rights. They must also release him immediately from solitary confinement and place him in an adequate detention facility that is sanitary and responds to his medical needs.