United Nations human rights experts denounced the conviction of an aid worker in Gaza, Mohammed el-Halabi, by an Israeli court on charges of financing terrorism, stressing that Israel deliberately use its anti-terror laws to target and silence human rights defenders.

The experts said in a statement, published by the Media Center of the Human Rights Council in Geneva, that el-Halabi ‘s trial “demonstrated a serious disregard for fair trial guarantees, including the extensive use of secret evidence against him, restricted communication with his lawyer, inadequate time and obstacles posed for the preparation of his defence and the failure to try him without undue delay.”

“The conviction of the former programme director of World Vision’s Gaza office was a clear violation of Israel’s obligation to respect the right to a fair trial and due process, as well as its obligation as an Occupying Power under international humanitarian law,” the experts added. 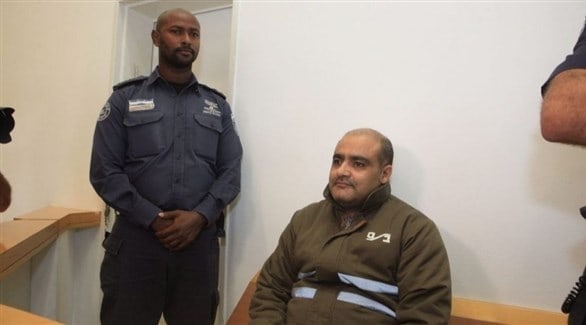 Ill-treatment while in detention

The experts reported that el-Halabi was subjected to ill-treatment, solitary confinement and duress and coercion to provide a confession, all of which amounted to torture. “El-Halabi has consistently maintained his innocence. An independent audit carried out on World Vision found no evidence of diversion of funds,” they said.

The experts explained that el-Halabi was subjected to severe pressure to confess and accept the plea bargain during his prolonged detention. “A confession extracted from el-Halabi under the threat of physical violence flagrantly deviates from international human rights standards and should have been inadmissible as evidence,” the UN experts said.

On June 15, 2022, the Beersheba District Court convicted el-Halabi of 13 terrorism charges, including membership of a terrorist organisation and diverting humanitarian funds to finance terrorist activities.

El-Halabi was arrested in 2016 by the Shin Bet security service, after he was accused of transferring millions of dollars in humanitarian funds to armed groups in Gaza.

The experts pointed out that El-Halabi is only one among the 4,700 Palestinians detained in Israeli prisons, and his case appears to be a symbol of a trend in which human rights defenders and humanitarian workers are detained by the Israeli authorities for long periods, and subjected to different forms of pressure to admit guilt in the absence of compelling evidence, as an attempt to curtail their human rights and humanitarian work.

Prolonged detention is a crime against humanity

“This practice of arbitrary arrest and detention is part and parcel of the protracted military occupation, which subjugates Palestinians to oppression and strips them of any sense of human rights and dignity,” said the experts.

The Working Group on Arbitrary Detention has also stated that, under certain circumstances, widespread or systematic imprisonment or other severe forms of deprivation of liberty in violation of international law may constitute crimes against humanity.

“These cases of arbitrary arrest and detention of Palestinians in Israel, including that of El-Halabi, warrant a prompt, independent, impartial, effective, thorough and transparent investigation,” the UN experts added.

The experts called for a prompt, independent, impartial and comprehensive review of El-Halabi’s conviction upon appeal through procedures that respect and protect fair trial guarantees. They also called for his immediate release on bail pending appeal.