Egyptian authorities must stop death sentences built on human rights violations. No more violations of the right to a fair trial.

This is also available in: العربية (Arabic) متوفر ايضا باللغة 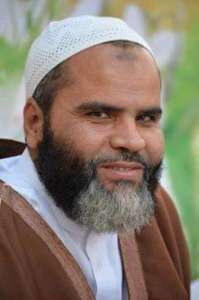 The Committee for Justice asserts that Egyptian authorities must put an end to the death sentence issued against Fadil Al Mawla Hosny Ahmed Ismail that was upheld by the Egyptian Court of Cassation yesterday, on the 24th of April 2017, without providing its reasons for upholding it. The Committee emphasizes that death sentences based on unfair trials cannot, under any circumstances, form a justifiable reason to violate a person’s right to life.

The Egyptian Court of Cassation upheld this afternoon the decision of the Criminal Court of Alexandria’s third penal district (case no 27868/2014 Felonies El Montazah 1st Department registered under no 1781/2014 east of Alexandria the third), in the session of the 5th of June 2016. Mr. Fadil Al Mawla Hosny Ahmed Ismail was sentenced to death by hanging for the murder of Mr. Mina Raafat Aziz and 17 other accused were sentenced to imprisonment for several charges including participation and attempted murder on Mr Aziz (to view the judgment of the first instance Court, click here).

According to the lawyers of the defendants, the Court of Cassation’s judge did not provide reasons for unauthorize the appeal of the death penalty pronounced on Mr. Fadil Al Mawla Hosny Ahmed Ismail and appeals against the other sentences pronounced on the rest of the accused. This lack of clarification from the Court of Cassation is a clear violation of fair trial standards, all the more that the lawyers of the accused fear the death sentence will take place before receiving any proper justification from the Court, as it occurred before in other cases.

The facts of the case go back to the 15th of August 2013 when demonstrations broke in Alexandria in reaction to the massacre in Rabaa Square perpetrated by police and military forces against thousands of protestors on 14 August 2013. These protests broke out from the Sidi Bishr Mosque and surrounded Alexandria city. The security and military forces, to stop the demonstrations, fired at the protestors, which led to the death of many of them including a taxi driver named Mina Raafat Aziz. The military forces claim that Mr. Aziz was killed by Muslim brother protestors as he was Christian.

On the night of the 15th of August 2013, While Mr, Fadel Al Mawla was working in the Engineers Syndicate Club, military and police forces stormed the club and arrested him and two other persons. They also arrested fishermen who were later removed from the case by the Prosecution which never explained why though.

Mr, Fadel Al Mawla was brought before the General Prosecutor who charged him with participating to illegal demonstrations and assemblies, and with the murder of Mr Mina Raafat Aziz. The lawyers of the Mr, Fadel Al Mawla presented the Court of Cassation with several evidences of violations (15 in total) contained in the judgement of the Criminal Court, and yet the Court of Cassation did not address them and upheld the judgment. In addition, the only witness presented by the Prosecution in the case has told five different versions of the facts concerning the incident, thus his reliability is questionable according to the lawyers of the defendants.

The witness told the first version five minutes after the incident on Alexandria TV (a local station), according to which the taxi driver (the deceased Mina Raafat Aziz) was beaten by two persons in civilian uniforms (thugs) whom the witness knows well since they are from the area he lives in. However, afterwards, in the police report of the murder investigation, he denied knowing the authors of the crime. Then, in front of the Prosecution, he told a completely different story and affirmed that the victim was kidnapped by people who took part in the protest, and shot by Mr. Fadel Al Mawla. The witness gave a fourth version to a newspaper in which he said that members of the Muslim Brotherhood shot the driver. Then in his fifth and final version of the facts, he said that he was riding the taxi with the driver, and that some protestors belonging to the Muslim Brotherhood stopped them, brought them out of the taxi, hit the witness, shot the driver with cartouche bullets (made in Al Maḥalla), and stabbed him several times.

After looking at the Criminal Court judgment, the defense’s memorandum and the memorandum of the Prosecution (to view a copy of it, click here), the Committee for Justice questions how the judgments were issued, while they were based on conflicting testimonies as proven in the case documents.

The Committee for Justice stresses that the right to a fair hearing must be respected in compliance with international and African standards. Accordingly, it is the right of every human being to have a fair hearing as stated in the ICCPR “International Covenant” in Article 14.1: ” In the determination of any criminal charge against him, or of his rights and obligations in a suit at law, everyone shall be entitled to a fair and public hearing by a competent, independent and impartial tribunal established by law.”

Considering the impossibility of modifying a death penalty sentence against a person, once the latter is executed, capital punishment cases must strictly adhere to all international and regional standards that protects the right to a fair trial. Therefore, due respect must be given to all the immunities and guarantees that ensure the correctness of procedures, as stated in international standards before the trial commences, during the trial, and during the appeal phase.

The Special Rapporteur on extrajudicial, summary or arbitrary executions has stated previously that “trials that lead to the death penalty must adhere to the highest standards of independence, competence, objectivity and integrity needed in Judges and Jurors as specified in the relevant international instruments. An accused must be assumed innocent until he is proving guilty without any doubt, and that is while adhering to the highest standards of gathering and evaluating evidences. In addition, all mitigating factors must be taken into consideration. The trial proceedings must guarantee the right to appeal both the facts of the case and its legal aspects equally before a higher court consisting of different judges than the judges of the first trial. Also, the right of the accused to seek amnesty, commutation of sentence or clemency must be guaranteed.”

The constitution and Egyptian law authorized the President to mitigate or stop a death sentence as an essential guarantee to the accused to stop any judgment that will lead to the violation of the right to life as it is a key human right. In the 2014 Egyptian constitution, article 155 states that “the President of the Republic may issue a pardon or mitigate a sentence after consulting with the Cabinet. General amnesty may only be granted in a law, which is ratified by a majority of members of the House of Representatives.” The aim of this procedure is to give those on death row a last chance due to the severity of the punishment, and to allow in all situations the President to use his right to pardon or mitigate the sentence if he so pleases.

The committee for Justice firmly requests of the Egyptian government and of the President Abdel Fattah el-Sisi, to use the constitutional and legal powers granted to them to stop the execution of the death sentence against the citizen Fadel Al Mawla Hosni Mohamed.