The media name of the case 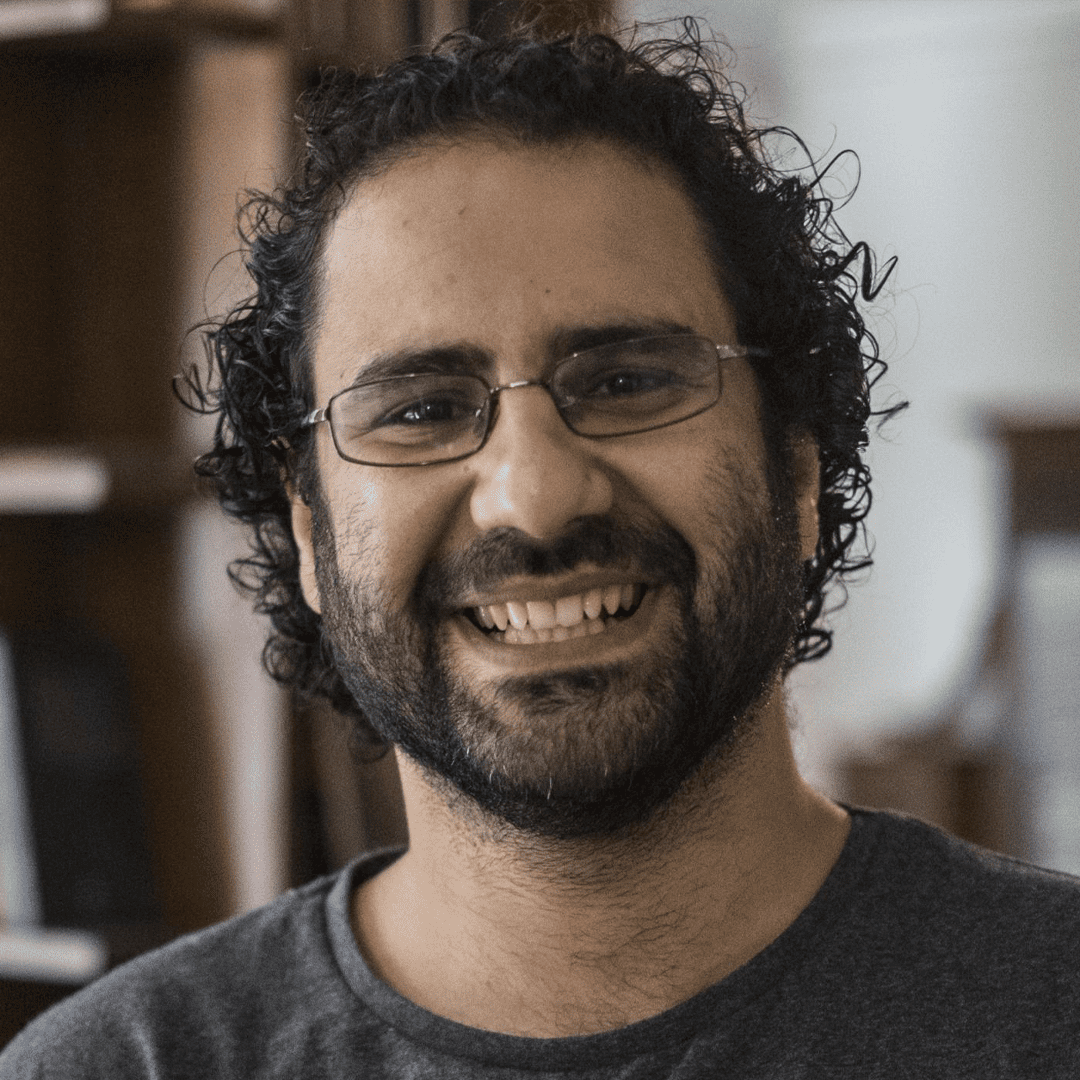 Prominent activist Alaa Abdel-Fattah was arrested on September 29, 2019 from a police station where he was serving a probationary period where he spent 12 hours daily at the station. He was added to Case No. 1365 of 2019, Supreme State Security, where he was charged with joining a terrorist group and spreading false news. Then he was referred to trial on charges of spreading false news, in Case No. 1228 of 2021 Emergency State Security Misdemeanour, Fifth Settlement, and the first session was held on October 18, 2021. His co-defendants in the case were human rights lawyer Mohamed El-Baqer and blogger Mohamed oxygen.
They were all accused of “spreading false news that harms public security and creates terror among the people.”
He was later sentenced on December 20, 2021, to five years in prison, and his co-defendants to four years.

“As the first defendant in the case, Alaa Abdel-Fattah spoke in court, demanding it to enable him to take measures to take legal action against the attorney general of the State Security Prosecution and his assistants. He also instructed his lawyers to take the necessary measures to request lifting immunity from the attorney general of the State Security Prosecution, Khaled Dia al-Din, and his assistants (the head of the investigation and the head of the procedures), and the representative of the State Security Prosecution, for violating the constitution. Abdel-Fattah said the trial was unconstitutional because he is charged with “publishing” and the constitution stipulates not to be imprisoned for publication charges. In addition, he argued that he was exceeding all the maximum periods of pretrial detention stipulated by law, so he and his colleagues are supposed to be released.
Abdel-Fattah added: “What is even more terrible is that the prosecution did not notify me of the nature of my accusation until after 23 months of pretrial detention, and I was informed that I was accused of “sharing” the news of the death of a prisoner in the disciplinary cell of the [Tora] maximum-security prison no. 2, under the responsibility of the National Security officer Ahmed Fikri – his real name may be Walid al-Dahshan – and the informant Muhammad al-Wakeel. And their names were written in the news I am accused of publishing, which means that the prosecution knew from the first day that I was being held in a prison in which there was a direct dispute with cetain officers – before I reached the prison – and without my knowledge, because of the nature of my accusation, which they only informed me of just before the referral.” .
The judge intervened, interrupting Abdel-Fattah with a question, asking him if he would plead for himself, to which Alaa answered: “This is not a plea, I am talking about fair trial guarantees,” affirming his demand for his release and returning the case to the Public Prosecutor, and requesting an independent investigation judge who should investigate not only the allegations of the State Security Prosecution – because they were not an honest opponent – but to investigate all the procedures and circumstances of their detention until their appearance today before the court.

The requests of Abdel-Fattah’s defense team submitted by lawyer Khaled Ali
– The first request: Enabling the defense to obtain an official copy of the case’s papers in full, while the defense expressed full readiness to pay the full fees.
-The second request: Enabling the defense to visit Abdel-Fattah in his prison, because they have not been allowed to visit him since the beginning of the Covid-19 crisis, and therefore the defense did not have a chance to discuss the case with their client. The judge responded saying that he was not authorized to grant permits for visits, but the lawyer confirmed that the court panel has the right to authorize the lawyer to visit his client to prepare the necessary defense, and that this is what happened in the trial of his sister Sanaa, and that it is a necessary step.
The defense also demanded that the competent registry officials be transferred to Abdel-Fattah in prison to enable him to make the necessary power of attorney to take action to bring the prosecution and the Third Felonies Circuit to court.
– The third request: the release of Abdel-Fattah, because he is imprisoned outside the framework of the law. In providing details, the lawyer touched on Article 134 of the Code of Criminal Procedure – after it was amended in 2006 – which stipulated that detention should be preceded by an interrogation for the accused. The Egyptian legislator introduced this amendment to enable the accused and his defense of his rights so that pretrial detention would not turn into a means of abuse. It is required that the accused be confronted with the charges, so that the defense and the accused can respond, and because until this moment the prosecution, the accused and the defense are in one compound: the prosecution is an investigative body, which seeks with the defense to clarify the truth. .
But with Abdel-Fattah, throughout 10 interrogation sessions at the State Security Prosecution, the investigations were only: “You are accused of spreading false news and rumours,” without any confrontation with anything, any information or details about the rumors he is supposed to spread. Even in the ninth session of the investigations, Abdel-Fattah began interrogating himself, assuming what the accusations might be, and talking about his political position and his viewpoints.
The defense continued, saying: “It’s been more than two years. There is not a single legal text that allows the prosecution or any judicial body to continue imprisonment in this way, and now – part of the charges for a new case – a misdemeanor, has been reproduced and separated from the original case on which the defendant was imprisoned.”
The defense emphasized that it would inform the court that it had committed a crime in order to allow the continued imprisonment of the accused outside the framework of the law, and demanded the release of the accused, and the assignment of a judge to investigate this crime.

Court decision:
The hearing was postponed to November 1, 2021, with the defense allowed to “see” the case file.

“The defense pleadings, and the defendants’ defense for themselves, focused on the request to see and photograph the case file, as it is a very large file, and unfortunately, all they were allowed to do was view only, meaning just a quick reading of a file containing more than 1,000 pages, to plead before a State Security Court, whose final rulings are issued without the possibility of appeal or cassation.

The lawyers expressed their refusal to interpret the court’s decision to “see” the case files as viewing only without allowing photocopying, so they submitted a request for viewing and photocopying.

They also requested that lawyers be allowed to visit the defendants to discuss with them the defense plan, and the lawyers emphasized that all of these procedures are procedural “hands-on” to ensure the procedural fairness of any trial.

The hearing was adjourned to November 8, 2021, with the defense allowed to “see” the case file

The case was reserved for judgment without hearing the defense arguments

The number of defendants present:

Decision made at the last session:

“- Alaa Abdel-Fattah was sentenced to five years in prison.

Publications about the case