Investigations into all violent incidents

“There must be accountability for the terrible killing not just of Shireen Abu Akleh but for all the killings and serious injuries in the occupied Palestinian territory,” Bachelet said.

The High Commissioner added that international law requires a prompt, thorough, transparent, independent and impartial investigation into all uses of force that result in death or injury. 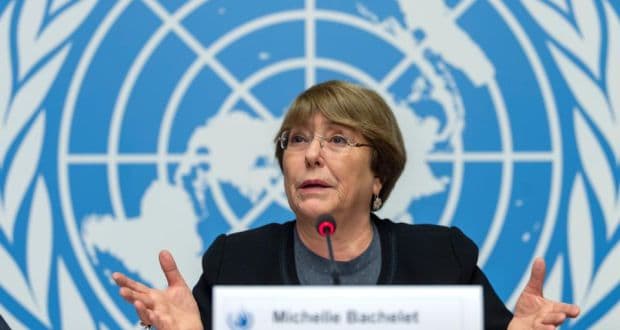 UN experts have condemned the killing of Al-Jazeera journalist Shireen Abu Akleh in the occupied West Bank, while also calling for a prompt, transparent, thorough and independent investigation into her death.

The experts demanded a prompt, independent, impartial, effective, thorough and transparent investigation into the killing of Abu Akleh, in full accordance with the revised UN Manual on the Effective Prevention and Investigation of Extrajudicial, Arbitrary and Summary Executions, while urging the Israeli and Palestinian authorities and other stakeholders to cooperate with such an investigation.

The experts stressed that the lack of accountability gives carte blanche to the continuation of the chain of extrajudicial executions, and that the safety of journalists is essential to ensuring freedom of expression and freedom of the media.

Egypt: Researcher Ahmed Samir Santawy sentenced to 3 years in prison because of his women’s rights work

Egypt: Death sentence for 10 defendants and life imprisonment for 56 others in the “Helwan Brigades” case